About the Beaver Ridge Wind Project

Beaver Ridge Wind is a 4.5 megawatt (MW), 3-turbine wind project located in Freedom, Maine. The project was commissioned in November 2008 as the second operational wind farm in Maine and the first in the Central Maine Power service territory. It is the first wind farm in New England financed by a single individual, Jay Cashman. Beaver Ridge Wind's three General Electric 1.5 MW wind turbines produce approximately 12 million kilowatt-hours (kWh) of emission-free electricity each year. That is enough to power about 2,000 homes (based on 500 kWh per home per month) and reduces the amount of CO2 emissions by the equivalent of almost 630 thousand gallons of gasoline consumed. Beaver Ridge Wind is owned and operated as a partnership between Patriot Renewables, LLC and MIRSAP1, LLC. It was built by Eco Industries, LLC, an affiliate of Jay Cashman, Inc.

For its first five years of operation, Beaver Ridge Wind operated with a capacity factor of over 31%. This means that the plant produced on average 31% of its nameplate capacity, even though the wind doesn't blow all the time. This number takes into account energy used by the turbines when the wind is not blowing (parasitic draw).

In November and December of 2013, we completed extensive testing of sound levels at homes nearby the site. View the full 2013 Sound Study Report for Beaver Ridge Wind here. 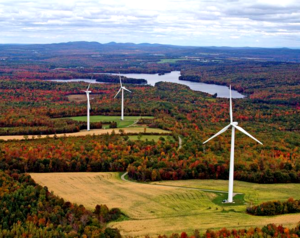 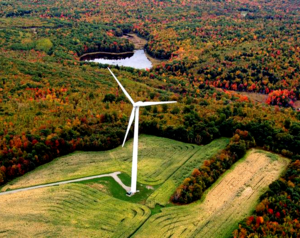 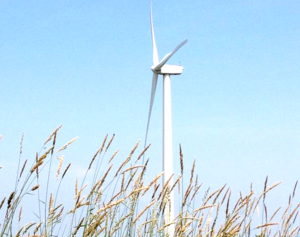